Greetings Friends!
As you may remember from a previous post, we traveled to Warren Illinois to spend a pioneer Christmas with our eldest daughter in her historic schoolhouse home, est 1877.

While we were there, she took us on a tour of the nearby historic city of Galena.
From Warren to Galena, we drove the Stagecoach trail that once carried travellers and the mail between Galena and Chicago.  We wound through the hills and valleys dotted with farms and barns that have stood for distant generations.

Arriving at the beautifully historic main street was like stepping into a Norman Rockwell Christmas scene.  We parked and walked the bustling street, lined with tourists and shoppers weaving in and out of it’s restaurants and unique shops.  Galena itself is more than beauty and quaint charm, it has history that has been  preserved with much care with 85% of it’s buildings on the historic registry.

We stopped at a corner cafe to eat lunch sitting in the storefront window where we could watch the smiling shoppers walk by with cheery hearts, red cheeks and noses, swathed in toboggans and scarves.

galena Illinois:
Named after the technical name for
sulfide of lead which was discovered in the area and mined there, gave birth to the town in 1826.  The  John Dowling House, built that same year , still stands today in the Downtown Historic District just off the main thoroughfare and is open to visitors. 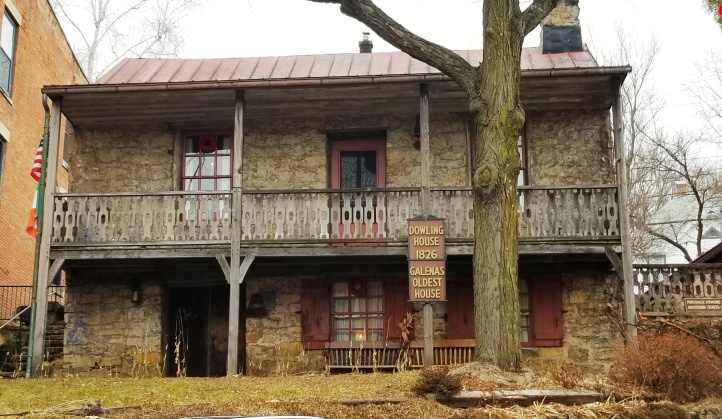 Strolling without purpose, we walked the along the street, holding the hands of our grandchildren, stopping to peer into the festively decorated storefronts and small rest area to take photos of the kids.

I was particularly delighted to discover a plethora of specialized shops from Tea & Spice Merchants, Rootbeer brewers, distillery, Popcorn poppers, to a business dedicated solely to Garlic!

It is my travel philosophy that each place visited has it’s own flavor as unique as it’s style, stories and history and a place cannot be fully experienced without exploring it.  We sampled a multitude of fresh, hot popcorn flavors, teas, and chocolates from the chocolatiers but one particular item was advertised repetitively in shop windows all along the walk…..fresh apple cider donuts.  While this may be only  seasonal, it is certainly the flavor of Fall and Winter in Galena, born from it’s cider mill at Orchard Landing Apple Farm.

I can only describe these delightful confections as having a cake like delicacy with a slight outer crispness.  The pungent aroma of apple radiates around them, at once sharp and sweet with notes of cinnamon and nutmeg.  The flavor is rich and complex from it’s sugared sweet crisp to delicate body with underlying tanginess.  If you’d like to sample these, I’ll include a recipe at the end of this post.

A City of History:

By the 1850’s Galena was the busiest port between St. Paul and St. Louis often boasting as many as fifteen steamboats and soon to follow, a railroad. This growth gave lead to building of the DeSoto House Hotel, which operates as a full service hotel today.

“Galena’s political history is among the most significant in the State of Illinois. Abraham Lincoln and Stephen A. Douglas both spoke from the balcony of the DeSoto House Hotel.” 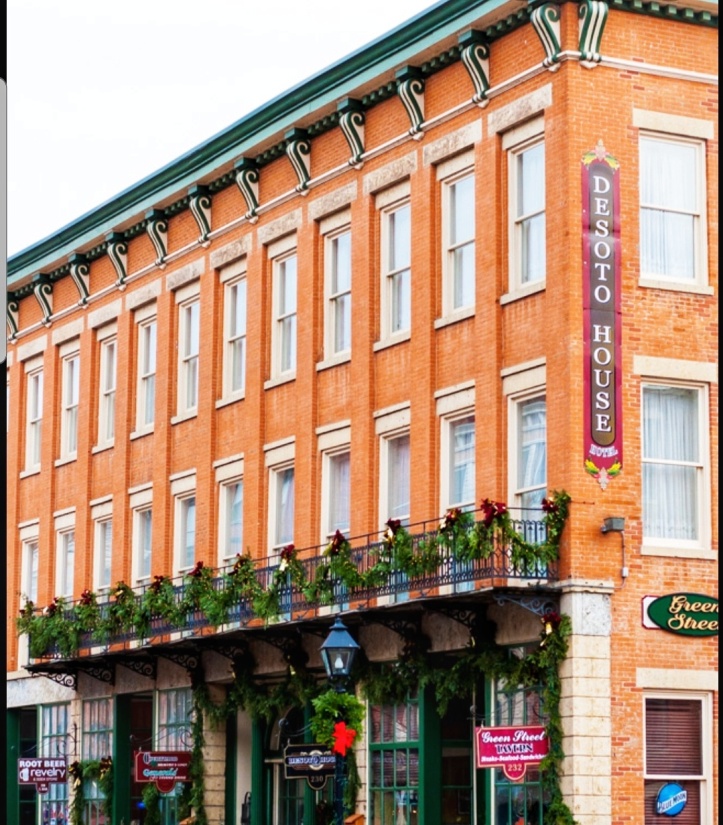 In 1860, Ulysses S. Grant came to Galena from the St. Louis area to work in his father’s leather goods store where he would meet many politically influential friends and subsequently be named a General in the Civil War.

General Grant left for the civil war from the home he occupied on High Street which still stands today. Upon his triumphant return from the Civil War in 1865 a group of citizens presented his family with a fine, fully furnished home on Bouthillier Street as a token of their gratitude. The Grant Home is now a state historic site open to the public. 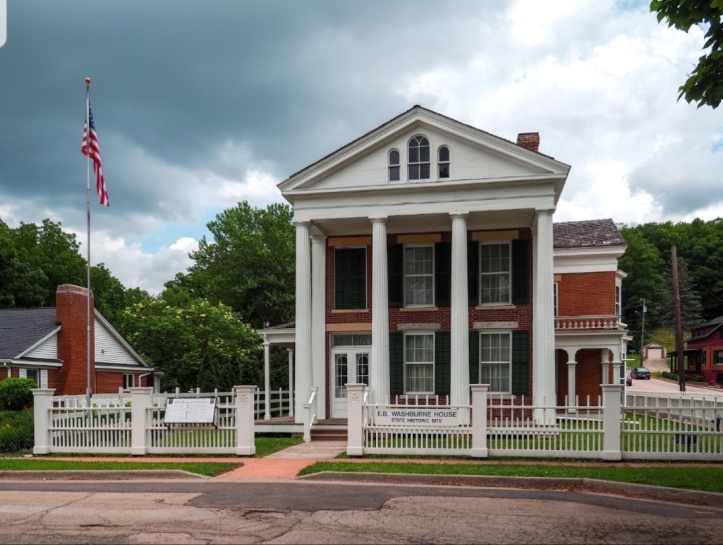 He awaited the results of his successful run for the Presidency in the home of Elihu Washburne which is also a state historic site open for viewing. He became the 18th President of the United States.” 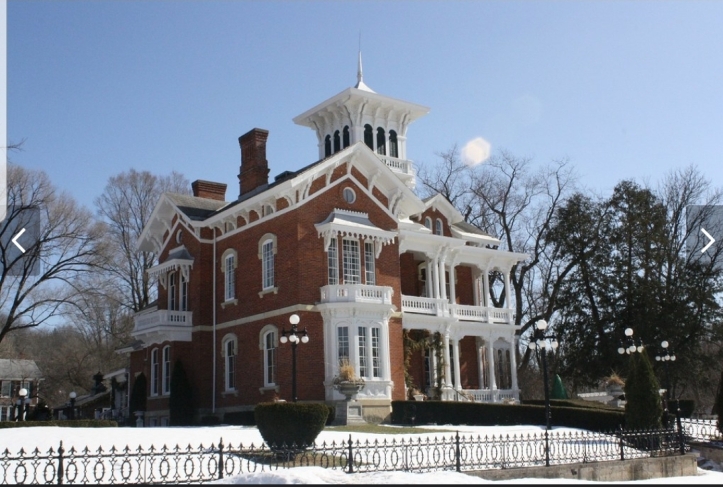 A brief history of the Belvedere Mansion

“This house is truly a walk into the history of this great nation during the time leading up to, during and after the Civil War. Ambassador J. Russell Jones served this country from shopkeeper to United States Marshall to Congress and throughout the Civil War as a champion of Ulysses S. Grant from the General’s humble residence in Galena to the seat of power in the White House. Jones remained a true friend to Eliuh Washburne, himself an honored General of the War and later Secretary of State throughout his life. Their communications are well documented and their seeds of friendship began in this very house. Lincoln called upon J. Russell Jones when he wished to know of Grant’s progress; and, the fortunes of war as far away as Paris and Brussels, as well as when Lincoln suspected that Grant might eventually take his place in the White House. From a young man, Jones tenacity for business rewarded him with the finest luxuries that life can afford (including this Victorian mansion) as well as with tragedy.” 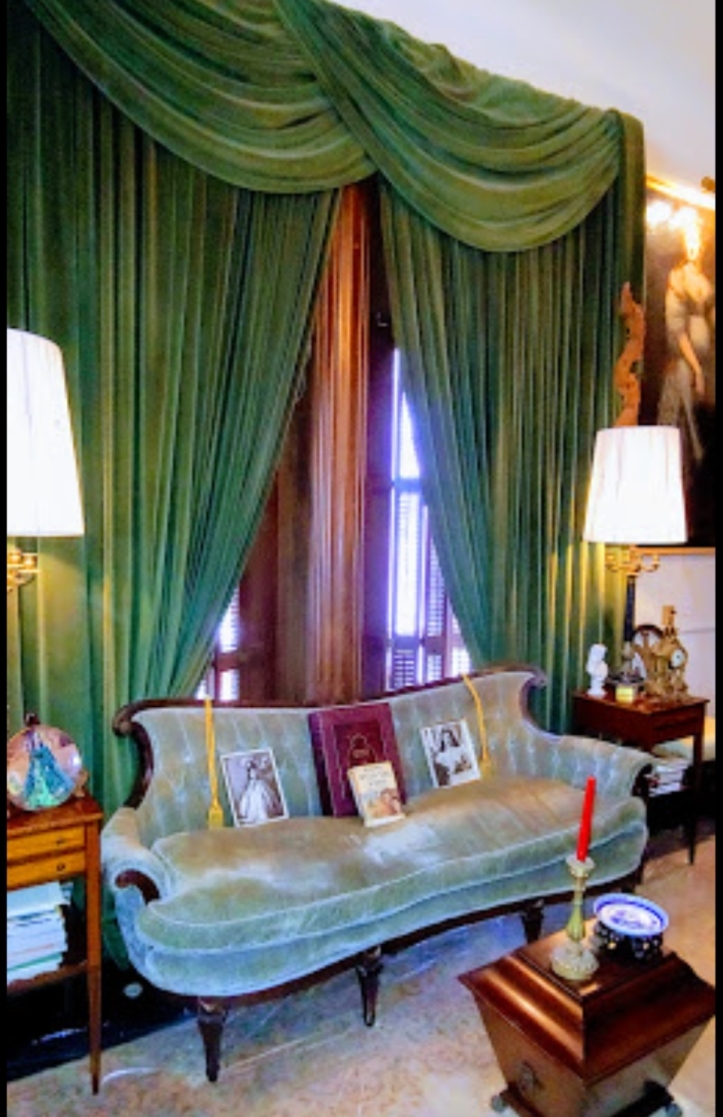 The curtains from the movie set of Gone with the wind resides within the mansion.

If you should find yourself anywhere near this corner of the world, make sure you stop along your way to visit this city with a history so intact still today, that it is often referred to as the town that time forgot.

Canola or safflower oil (for frying)

In a large bowl using a hand-held or standing mixer fitted with a whisk attachment, beat together sugar and butter until mixture is pale and fluffy, 4-6 minutes. Add eggs, one at a time, beating a minute after each. In a medium-size bowl, whisk together flour, salt, baking powder, baking soda, cinnamon, and nutmeg; set aside.

Line two baking sheets with waxed paper or parchment paper and dust generously with flour. Turn dough out onto one baking sheet and pat gently into 3/4-inch-thickness. Sprinkle dough with additional flour, cover with plastic wrap, and place in the freezer for 10 minutes to firm up. Remove dough from the freezer; use a lightly floured 3-inch doughnut cutter (or two concentric biscuit cutters) to cut out about 18 doughnuts with holes. (You may gather the scraps and roll again as needed, but you may need to chill the dough more to firm it up.) Place cut doughnuts on the other baking sheet as you go; then transfer to the freezer for 5 minutes to firm up again.

Repeat with the remaining dough (if you find that it’s getting too soft as you work your way through the batches, pop it into the freezer again for 10 minutes). When doughnuts are cool enough to handle but still warm, sprinkle all over with cinnamon sugar or confectioners’ sugar. Serve immediately.

Note: Boiled apple cider gives these apple cider donuts a rich, slightly tangy flavor. You can boil your own cider by simmering 1-1/2 cups of fresh apple cider down to 1/3 cup in about 25 minutes.