The historic Castle House in Brumley Missouri has gained the reputation of the most haunted place in the Midwest.  it’s currently operating as a ghost-themed B&B, offering both ghost tours and overnight stays.

Established in 1850, the Haunted Castle House is a beautiful Queen Anne Victoria home that served as a country doctor’s office, hospital, funeral home and morgue for over a century. Surrounded by a pioneer cemetery and a mass grave, the Castle House Bed & Breakfast is one of the most sought after locations for paranormal investigation groups from around the world. The birthplace of the famous music legend Lee Mace, the Castle House has unique connections to the American Civil War and the infamous outlaw Jesse James. Filled with antiques dating between 1850 and 1930, the Castle House hosts quaint and quiet guest rooms and offers guided Ghost and Graveyard Tours to guests and the public.

The four-bedroom, two-bath house, built in 1850 by Dr. Walter Dixon.

It’s called the Castle House, thanks to its unusual building style. It was inspired by a home Dr. Dixon saw in London, and its walls are made of thick, poured concrete (now clad in siding). It includes a 30-foot turret and a staircase that the doctor had shipped from the United Kingdom. 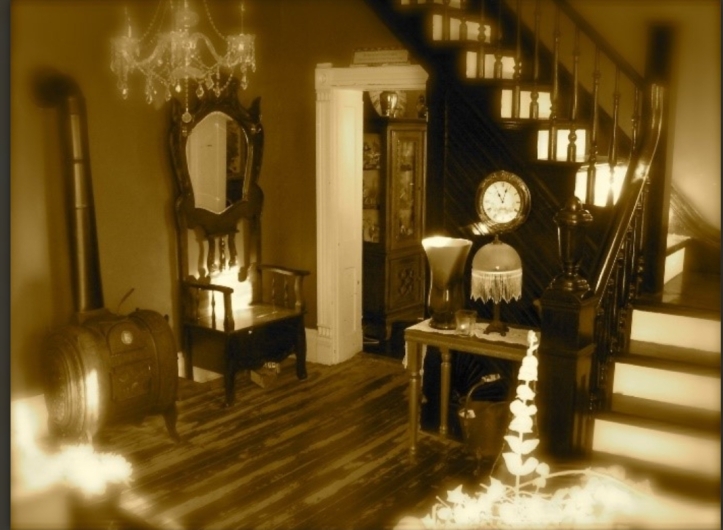 The home served as his office, and the legend is that he made even his sickest patients haul themselves up his fancy staircase to be seen. 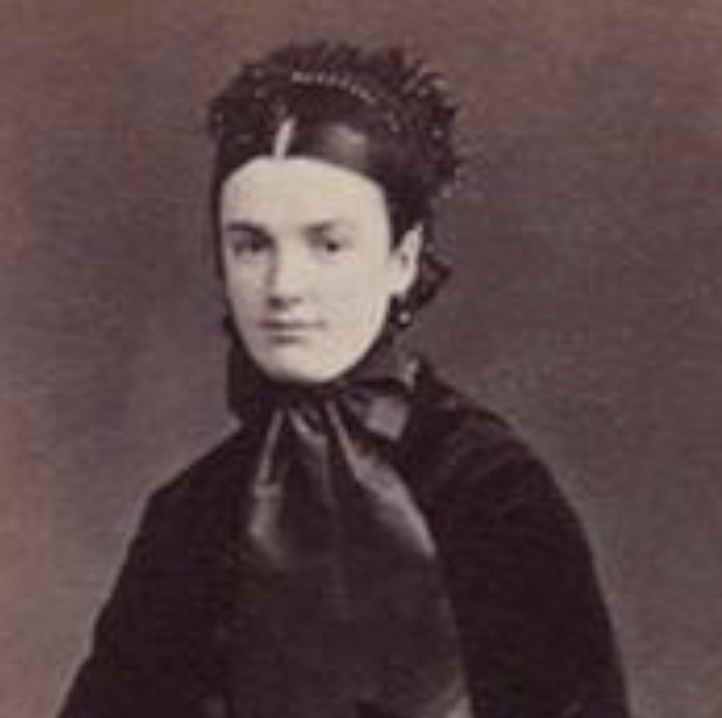 Mrs. Martha Dixon, wife of Walter, was a socialite who hosted elaborate parties in the Castle House for local notables and politicians. Legend has it that one Saturday, near the turn of the century, she was preparing to host her biggest party yet, but died suddenly before her guests arrived. Dr. Dixon found her body at the head of the stairs.

Furniture moves mysteriously, people often get locked inside, and ghostly figures can be seen on photos taken in the house.

According to Dave Harkins, Director of the Ozarks Paranormal Society, over the last 100 years there have been multiple reports of “a woman in an antique party dress” lingering at the top of the stairs or haunting the second floor. She’s also known as the “crying woman” or “screaming woman”, and there have been reports of disembodied screams on the second floor as well.

The Haunted Castle House also has a young artist that they didn’t know about.

Just last month, Marcy noticed doodling on an upstairs wall. “So my first instinct was to grab some yellow paint and paint right over it. and the very next day, there it is again,” Marcy explained. “So we painted over it again. We were just determined this is not happening. And the third time it happened, it was a different picture.”

A psychic told Nick and Marcy she believes it is the artwork of a little boy, but they don’t know who.

But wait, that’s not all! In 1862, Union troops bivouacked in the pasture around the house. After a guerrilla attack by Confederate troops, a truce was called, and injured soldiers from both sides were brought to the Castle House for treatment. Dr. Dixon had a field hospital set up on the south side of the house.

Several Civil War-era artifacts have been found in the area, and in the 1960s, local kids allegedly found a Confederate uniform in a bundle under the porch, lending credence to this report.

In 1912, the house was sold to another medic, Dr. Myron D. Jones. Dr. Jones also practiced out of the house, and in 1918, when the Spanish flu pandemic tore through Brumley, tents had to be set up in the yard again to house the hundreds of sick patients that he treated. The rest of the graves are believed to be flu victims. 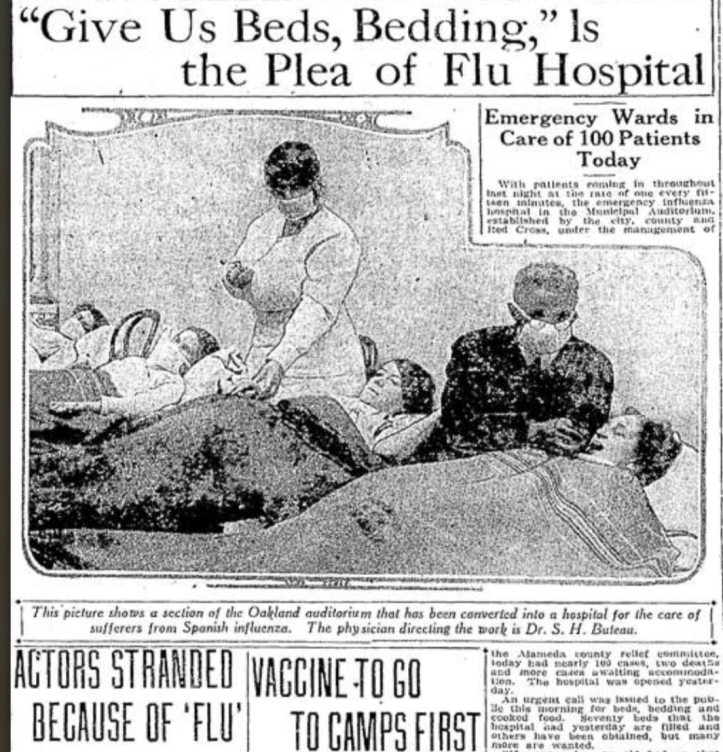 After Dr. Jones retired, the house fell into disrepair for 50 years until it was purchased by the current owners in 2013.

the owners, who converted the house into a bed-and-breakfast, had a family dog that died. When they set out to bury the dog in the backyard, their shovel struck a coffin as they dug. They called law enforcement, who brought in cadaver dogs. Twenty unmarked graves were detected on the 3-acre property.

As you can see, you’ve got more than enough restless spirits, between the unmarked graves and the soldiers, and the doctors’ patients, and the flu outbreak, and Mrs. Dixon. But what are the ghosts actually up to?

People actually pay to sleep in this haunted place.

“During that preliminary investigation of the property, we experienced several strange occurrences,” he says. “The two most notable were disembodied whistling that seemed to follow us around the property. The second is what sounded like footsteps following us in certain upstairs areas of the house.”  And that was during the day. That’s how haunted this place is. A few weeks later, they braved the spirits and came back at night.

“During our investigation, we had many personal experiences, including whistling, cold spots, seeing furniture moving on its own, and hearing crying or weeping,” he explains. As far as solid evidence is concerned, he adds, “We captured several Class A EVPs or ‘Electronic Voice Phenomena.’ This occurs when we ask a question aloud and receive an answer not heard by a living person, and only captured on the recording medium, such as a digital recorder or video camera, or heard through a speaker or headphones.” (You can listen to the recording here).

Oh, but there’s more. Harkins explains: “There is also a video shot in the upstairs bedroom that was used as the exam room. In the video, we set up a motion detector, and asked whatever may be in the room with us to manipulate it. We would ask the spirit to turn it on and off, and it seemed to react on command for several hours. There were three investigators present during this session, and all three of us were well outside of the motion detector’s range.”

Got goosebumps yet? They attribute the weeping to Mrs. Dixon, since that seems to be her historical MO. The EVP, they think, may be from yet another tragedy:

“We also think that the EVP we captured of the little girl saying ‘Please help me,’ could be the spirit of a young girl that was taken to the Castle House after being burnt over most of her body, after a large kettle of boiling water spilled on her while her mother was washing clothes. It is said that she died on the property eight days later.”

The Haunted Castle house has been filmed by the travel channel and the TV show The Dead Files.   It also happens to be for sale! If you are brave enough, you may own it for $119,900.      Haunted Castle House Bed & Breakfast
841 Highway C, Brumley 65017